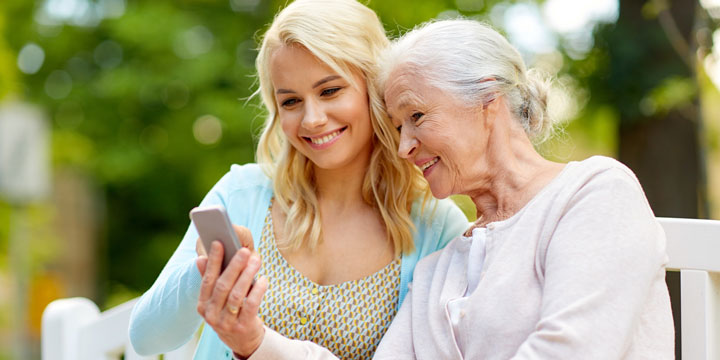 The Best Cell Phone for Seniors: Could It Be a Flip Phone?

What makes the best cell phone for seniors? The answer will vary from person to person. After all, older adults aren't exactly a homogeneous group. Everyone has different needs, wishes, budgets, and abilities. Some seniors just want a basic flip phone to make occasional voice calls, while others prefer the more advanced capability of a smartphone.

Whichever camp you belong in, this article can help. It explains how to select a phone, wireless carrier, and service plan that meets your needs and fits your budget. (Did you know it might even be possible to get a cell phone for free?

So, what makes the best phone for seniors: a simple flip phone or a technologically advanced smartphone? Ultimately, every older adult must decide that for themselves. Fortunately, there are a range of options in both categories, as you will see below.

How to Choose a Cell Phone for Seniors

Wondering where to start? Here's a step-by-step process to help you find the phone that's right for you:

It might come as a surprise that even with all of today's advanced technology, you can still buy a flip phone. Many seniors appreciate the simplicity and lower cost of these types of devices. And they are more widely available than you might think: You can purchase flip phones at Walmart, Best Buy, Amazon

, and other major retailers, as well as from the wireless carriers themselves. Typically, a flip phone costs $50 to $100* and up. Some older adults prefer simple block-style phones, which are rectangular blocks that have a small screen and physical keyboard but, unlike flip phones, have no hinged lid.

Here are examples of each phone type that you may want to consider:

5 of the Best Smartphones for Seniors

Some older adults are eager to enjoy the benefits of smartphone technology but are confused or overwhelmed by all the bells and whistles that come with such devices. The good news is that smartphones can actually be easy phones for seniors to use. Check out these examples:

Most standard cell phone plans from the major carriers are postpaid plans, meaning you receive a bill at the end of the month. Increasingly, these are unlimited-use plans. Postpaid plans tend to come with additional perks like high-resolution video streaming or free HBO subscriptions. The major carriers also allow you to bundle the purchase of a phone and finance it via a series of monthly payments—but if you cancel your service with them, you typically have to pay off the remaining balance on the phone.

Phones that are purchased in full up front, without being tied to a long-term contract, are known as prepaid cell phones. For seniors who value flexibility, prepaid phones can be a good choice. They allow you to switch carriers whenever you like, since you're not committed to a contract. Prepaid plans involve purchasing credit ahead of time, which enables you to control your spending, since you only pay for what you use. However, when you use up your prepaid credit, your service stops until you top up your account, which can be a problem if you suddenly need to make an urgent call. Also, customers on prepaid plans are sometimes de-prioritized, meaning they may experience slower service when wireless networks have heavy traffic.

When choosing a cell phone plan, think about how often you call people, how much texting you plan to do, and how much data you think you will use (if any).

There are a number of cell phone plans that offer good value for seniors. Here are a few worth checking out:

How to Get Free Cell Phones for Seniors

Low-income Americans can be eligible for free cell phones and free (or discounted) service plans through a government program called Lifeline. The program is designed to ensure that financially challenged individuals are able to stay in touch with family members, employers, and emergency services.

You may qualify for the Lifeline program if your income is less than 135 percent of the federal poverty level or if you receive benefits from any of the following programs:

You may also qualify if you participate in certain assistance programs that are specific to your state. Eligibility requirements differ slightly from state to state, so check to see what the rules are in your area.

To apply, contact a wireless company that offers Lifeline. Note that only one member of a household can receive the Lifeline benefit, and you must provide proof of eligibility each year in order to stay enrolled.

Whether you want a simple flip phone for voice calls or a high-tech smartphone with advanced features, there are options for every age and preference. Use the information provided above to find the best solution for you.