What the Blue Zones Can Teach You About Healthy Living

Do the Blue Zones hold the key to longevity? Evidence suggests that may be the case. These zones are notable for their high proportions of people who live to the age of 100 and beyond, largely avoiding health issues like diabetes and heart disease that afflict many Americans. Understanding how the world's longest-living people run their lives can provide valuable lessons for the rest of us.

But what are Blue Zones, you ask? They are specific geographic areas where an extraordinary number of people live extraordinarily long and healthy lives. National Geographic explorer and author Dan Buettner worked with a team of experts to uncover the reasons for each of the Blue Zones' longevity phenomena and identify the lifestyle habits that the people of these regions all shared.

While there are no guarantees that incorporating these habits will get you to age 100, doing so could potentially yield powerful benefits. After all, research has shown that genetics account for only about 25 percent of life expectancy. That means you can have an enormous impact on the length and quality of your life through the choices you make every day.

Read on to learn about the Blue Zones diet and lifestyle, and find out how you can apply the lessons from these zones to your own life. 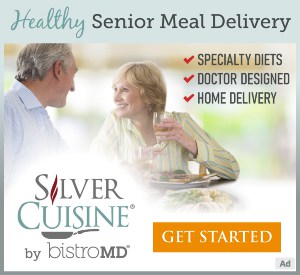 In 1999, demographic researchers Gianni Pes and Michel Poulain noted that a group of villages in Sardinia, Italy, had an exceptionally high concentration of male centenarians—that is, men who lived to be at least a century old. The researchers used a blue pen to highlight the area on a map and started referring to it as the "blue zone."

Later studies verified the findings on Sardinia and confirmed the existence of four additional "blue zones" in the world. The term has since been trademarked by Buettner's company and is used to describe the environment and lifestyle of the world's longest-living populations.

You can check out Buettner's books on the subject here, which are available for purchase through the following Amazon affiliate links:

Where Are the 5 Blue Zones of the World?

While the original Blue Zones map included only a small region in Sardinia, subsequent research found four more geographic areas with exceptionally long-living and healthy populations. Today, the five Blue Zones locations are scattered around the globe and include:

Inspired by these five areas, Buettner started the Blue Zone Project to help communities across the U.S. implement policies and practices to improve the well-being of their residents. As a result, Blue Zone cities such as Albert Lea, Minnesota, have adopted a variety of healthy-living initiatives, including walking school buses (i.e., groups of kids who walk to school with at least one adult) and revamped restaurant menus.

Lifestyle Lessons From the Blue Zones

Working with the National Institute on Aging, Buettner's team surveyed people in each longevity hotspot to learn the details of how they lived. The Blue Zone research team then analyzed the data to find the common threads. The results showed that despite differences in nationality and ethnicity, the longest-lived people all shared certain lifestyle characteristics. Here are five things you can do to emulate them:

People in Blue Zones around the world don't set out to exercise; their everyday routines just naturally involve moving about. They walk a lot, whether they're headed to the market or to a neighbor's home. They cultivate gardens, which involves bending and moving. And many of them are involved in physical work, such as farming or herding sheep (often performing their tasks without machines).

You don't have to lift weights or run marathons to realize the health benefits of physical activity. A study in the American Journal of Preventive Medicine showed that regular walking can help older adults live longer, even if they don't walk enough to meet recommended guidelines. So find sustainable ways to get moving naturally. Try walking or biking to the store. Take the stairs instead of the elevator. Any little bit helps.

It's well established that chronic stress leads to inflammation and a host of health problems, so it's not surprising that all Blue Zone communities have effective ways of easing tension. Ikarians have a midafternoon snooze, Adventists find solace in prayer, and Sardinians gather with friends over wine. The specific methods may differ, but the point is the same: These people know how to keep stress from reaching toxic levels.

So find the stress-relief technique that works for you. Go for a walk or a swim. Try meditation or yoga. Getting outdoors, keeping a journal, socializing with friends, or indulging in a hobby can also help. Have fun.

Blue Zone living involves spending time with and supporting family members of multiple generations. This devotion to family means that aging relatives stay close to their children and often live with them. According to studies cited by Harvard Health Publishing, people who maintain strong family relationships live longer and experience fewer health issues.

So make time for your loved ones. Regular visits or phone calls can go a long way toward strengthening those bonds. Whenever possible, find activities you can all enjoy together.

A full 98 percent of Blue Zone centenarians interviewed by Buettner's team adhered to some sort of religious faith. Researchers aren't sure why, but people who attend religious services at least once a week tend to have a lower mortality rate than those who never attend. If faith is part of your life, you may experience lasting benefits.

Social connectedness is a key part of all Blue Zone societies. Adventists devote one day each week to resting and socializing, Sardinians enjoy happy hour in local bars, and Okinawans have a tradition of forming "moais," circles of friends who commit to supporting one another's emotional and social needs for life. Maintaining such connections can enhance your long-term health: Research in The Journals of Gerontology Series A: Biological Sciences and Medical Sciences has shown that older adults who maintain socially active lives have significantly lower rates of disability and cognitive decline.

Eating and drinking is a key part of any lifestyle, and Buettner's research revealed that people in the Blue Zones share basic dietary habits that help keep them healthy well into old age. The four tips below can help you eat like the world's longest-living people. To be sure these tips are appropriate for you, consult with a physician or certified nutritionist before making any dietary changes.

People in each Blue Zone eat different things, but what they all have in common is a focus on plant-based foods—many of which they grow in their own gardens. Beans feature prominently in most centenarians' diets, as do fruits, vegetables, herbs, nuts, and whole grains.

According to Buettner, some superstar Blue Zone foods that contribute to longevity include:

In most cases, meat is consumed only a few times a month (most Adventists don't eat it at all), and only in small amounts.

2. Stay away from processed food.

Blue Zone recipes are built around locally grown foods that are free from preservatives and artificial sweeteners. They focus on whole foods that are full of nutrients and fiber. People in the Blue Zones do enjoy sweets, but these generally use honey rather than added sugar, and are reserved for special celebrations. Soft drinks, candy bars, and packaged foods do not feature in the Blue Zone diet at all.

In four out of five world Blue Zones (Loma Linda being the exception), people enjoy moderate amounts of red wine on a regular basis. In this case, "moderate" means one to three glasses each day, usually as part of a meal.

In a study published in the Journal of the American College of Cardiology, light-to-moderate drinkers were about 20 percent less likely to die in the follow-up period than those who abstained from alcohol entirely; the moderate drinkers were also 29 percent less likely to die from cardiovascular disease. Of course, too much alcohol can lead to a bevy of health problems, so tread carefully here.

4. Eat only until you're not hungry.

There's an important difference between being full and just not being hungry. Most centenarians are careful not to overeat. In fact, Okinawans follow the traditional mantra of "hara hachi bu," which instructs them to eat until they are 80-percent full.

Paying attention to your body's signals is critical; keep in mind that it takes about 20 minutes for your stomach to tell your brain that it's had enough. So be mindful of how much you're taking in.

Clearly, the Blue Zones can offer the rest of the world some insights into healthy living. Of course, there are no certainties that living like people in the Blue Zones will get you to your hundredth birthday. And you should always be sure to discuss potential lifestyle changes with your doctor or other health care professional. But taking a few tips from the world's centenarians may well pay off in the long run.