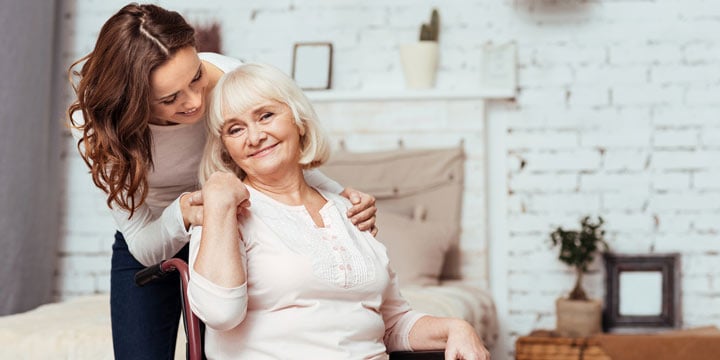 "Sundowners syndrome," "sundowning," and other similar terms are commonly used in hospitals and long-term care environments when older patients become confused or agitated in the late afternoon, evening, or nighttime. But did you know that the whole concept of sundowning is somewhat controversial? This topic makes some caregivers and medical professionals uncomfortable for exactly that reason. They believe that opportunities for better care and treatment of patients with dementia may get missed due to this concept being too casually used to explain problematic behavior.

That's why it's essential to understand what sundowning is—and what it's not. When you know how and why terminology like "sundown syndrome" gets applied (or misapplied) to various behaviors, you can take steps to improve the quality of life for the person you care about. This article will help clarify some of the popular misconceptions you may have encountered.

Sundowning is described as a subjective phenomenon in which older adults or people with dementia experience heightened confusion, agitation, or other troubling behavior when the sun is setting or after it becomes dark. Patients who display this phenomenon are often labeled as "sundowners."

Technically speaking, sundowning is not an illness. At most, it is a set of symptoms or a pattern of observable behaviors. In fact, there is no separate medical term for sundowning. It can't be legitimately diagnosed, in large part because there isn't a scientific consensus about the phenomenon or a formal sundowning definition that everyone agrees on.

Sundowning terminology does appear in many medical journals and textbooks; however, the definitions and conceptual frameworks often vary significantly from one source to the next. Plus, nobody seems to know exactly where or when the terminology first originated.

So here's the key point to take away: Sundowning describes the debated phenomenon of late-day or nighttime behavioral problems, but it doesn't explain the phenomenon. To explain it, you have to find an underlying cause, which may differ from one individual to another.

Among most people labeled as sundowners, dementia is a major contributing factor. According to an article in Psychiatry Investigation, the percentage of dementia patients who display sundowning behavior has been estimated to be as low as 2.4 percent or as high as 66 percent. The phenomenon is said to affect up to 20 percent of people with Alzheimer's disease.

Have you ever become cranky and restless after a long day that left you feeling exhausted yet wired? It's probably fair to say that everyone has felt that way at some point in their lives. Many adults experience that feeling regularly due to poor sleep and demanding work and family schedules. From that perspective, becoming moody when the sun goes down is a rather common human experience. But some people believe that sundowning deserves to be treated as a separate phenomenon given that the behaviors and mood swings of so-called sundowners tend to be more extreme.

Try putting yourself in the shoes of an elderly person with dementia. Even small, simple tasks would be mentally and physically challenging. After a full day of activities, perhaps without adequate breaks for rest, you'd likely be completely exhausted. And you may have a lot of built-up anxiety from trying to meet your caregivers' expectations while struggling to express your own needs. Now add in some possible discomfort caused by medications or other medical issues. Would you be able to rest easy? Or might all of your mental and physical challenges feel more intense and harder to cope with?

Many people labeled as sundowners may simply be reacting to challenging circumstances in a way that shouldn't surprise us. That said, this phenomenon is widely perceived as something distinct from "normal" behavioral reactions.

Sundowning behavior is generally considered any kind of disruptive personal conduct in the hours between sunset and sunrise. When people describe sundown syndrome symptoms, they are usually referring to observable behaviors or feelings such as:

So far, nobody has been able to discover one underlying cause that can explain all of the possible behaviors associated with sundowners syndrome in all patients who are said to have it. It's much more likely that there are different causes for different individuals. For so-called sundowners, disease, fatigue, and all kinds of other physical, environmental, and psychological factors may contribute to sundowning behavior. Dementia is at the top of the list. Sundowning is generally associated with the middle and late stages of Alzheimer's disease and other types of dementia.

Some professional caregivers believe that, in many cases, sundowning behavior may be a direct consequence of placing too many demands on dementia patients over the course of a day. In many care settings, patients go from one task or activity to another without adequate rest periods in between. Fatigue and anxiety set in, making it even more difficult for them to function or communicate their needs. By dusk, they are overtired and may feel intimidated by additional demands or expectations, making it hard for them to get into a restful state.

Of course, caregivers themselves can also get fatigued and suffer from burnout, making them less tolerant of disruptive behavior and more prone to overlooking their patients' real needs—especially in the evening. In under-staffed care facilities, patients may not have enough structure or activity in their day, which can be just as bad as overstimulation. And staffing shift changes in the late afternoon can make some dementia patients feel confused, nervous, or agitated. As they witness people going home at the end of the day, they may feel a strong urge to "go back home" themselves, leading to wandering or attempts to escape.

Unbalanced or inattentive caregiving may explain why some people with dementia display behaviors associated with sundowning. According to various studies, the following factors may also play a significant role in certain patients:

What is sundown syndrome caused by when a person displaying the behavior hasn't been diagnosed with dementia? Aside from the factors already listed, here's one scenario: In hospitals, nurses often perceive some of their patients as having sundowners syndrome after surgery. There may be a couple of explanations for this. First, anesthesia can cause temporary symptoms of cognitive decline, according to a Scientific American article. In some patients at higher risk for dementia, anesthesia may also help bring on a permanent cognitive decline that hasn't been diagnosed yet. Second, surgeries are often traumatic experiences. Between pain, inflammation, medications, sleep disruptions, boredom, immobility, and a completely unfamiliar (and often chaotic) environment, the whole experience can be very disorienting.

In addition to observing sundowners syndrome in hospital patients, some people have contemplated a potential link between sundowners syndrome and alcoholism. After all, heavy drinkers can develop alcohol-related dementia due to a poor diet that leads to a deficiency in thiamine (vitamin B1). And according to an article in The British Journal of Psychiatry, some researchers have determined that chronic heavy drinking might play a contributing role in up to 24 percent of dementia cases. 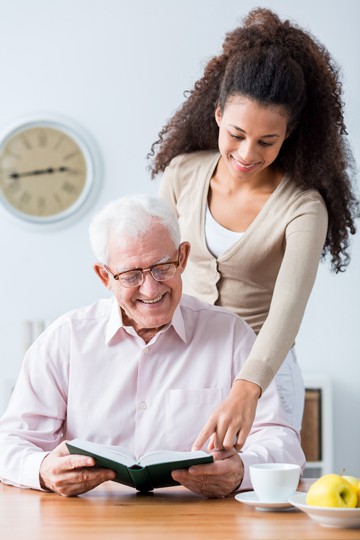 When you perceive somebody as having sundowners syndrome, treatment becomes a natural priority. But how do you treat a behavioral phenomenon that doesn't have a clear cause? The last thing you want to do is make faulty assumptions that worsen the behavior or lead to additional problems.

First, you may want to use terms like "sundowning" in moderation (or consider avoiding them altogether). Although this terminology is popular, it may not be necessary. And it may not be as clinically relevant as you think. Some caregivers even feel that the terminology dehumanizes the very people you're trying to help—or gets in the way of effective treatment.

So it might not be very useful to refer to the behavior as sundowners syndrome. Elderly patients may benefit more from an approach that focuses on pinpointing their unmet needs. Remember that behaviors are often symptomatic of underlying problems. You can't get rid of the behaviors until you get rid of the actual problems (or successfully manage those problems).

It may help to examine your own behavior and caregiving routines. Ponder questions such as:

Keep a detailed journal of what happens each day so that you'll have an easier time identifying potential patterns, problems, or dietary or environmental triggers. Take notes about every activity, carefully recording your observations. Over time, you may start to recognize clues to what's causing the late-day behavior.

It's also important to get a physician involved when you notice behaviors that are new and concerning. What you assume to be sundowning behavior may be delirium, which can indicate a medical emergency. Sudden symptoms like agitation, restlessness, delusions, and hallucinations may be caused by a serious infection or some type of life-endangering metabolic problem. So it's essential to have potential medical issues ruled out before trying to manage troubling behavior through non-medical interventions.

If no clear medical or psychological cause is found, try making some adjustments to your daily routine or caregiving strategies. When it comes to the phenomenon known as sundown syndrome, treatment and care are heavily dependent on each individual's particular needs. Here are some of the strategies that caregivers have used:

When trying to manage sundowners syndrome, medications are also sometimes used. However, many health professionals view certain prescription drugs as secondary, less-preferred forms of treatment since they often cause unwelcome side effects and sometimes worsen the behaviors they're meant to control. That said, in some cases, medications like the following are used for sundowners syndrome:

Of course, sundowning behavior doesn't just affect patients. If you're a caregiver, always remember to look after your own well-being. It's perfectly normal for caregivers to feel overwhelmed at times, especially when dealing with something as hard to control and hard to understand as sundowners syndrome. Make time for activities you enjoy, and don't ignore your eating and sleeping habits. And seek help and support when you need it. You can find local or online support groups for caregivers through organizations like the Alzheimer's Association and the Family Caregiver Alliance. The following books may be helpful resources to keep on-hand to improve your understanding and caregiving skills and provide the reassurance that you're not alone in dealing with sundowning behaviors. These books are available for purchase through the following Amazon affiliate links: