Do you know what the eggplant emoji means? Neither do these people.

Emojis are a crucial part of communication in texts and social media. You might even say they play a role in our social well-being. With thousands of individual characters, our messages to one another can now include hearts, rocket ships, or cups of coffee. But here's the problem: Do we always understand the meaning of these emojis?

While a thumbs-up or middle finger emoji may be easy to decode, many characters often leave recipients guessing. In interviewing Americans over the age of 55 in South Florida and conducting a similar online poll, we're able to outline what people do or don't understand about the most popular emojis on the market. Curious to see what's being interpreted by older adults who live in 55+ communities or who enjoy other senior living options? Continue reading to find out.

When shown different emojis from "Information Desk Girl" to "Tears of Joy" and the questionable "Eggplant," the interpretations of their meanings varied among those surveyed. In general, while a few may have been able to identify the physical object, the colloquial usage — such as one vegetable being used as a stand-in for male genitalia — often went over participants' heads. Possibly the worst interpretation was of the "Poo" emoji as either chocolate ice cream or as a confectionery treat.

These cute stickers, lodged in between an invite for a night out or standing solo as a message, have added richness to our conversations. We now use them to introduce humor or convey sarcasm, soften a blow, make conversation more comfortable, or fill in when words cannot express a situation, according to Alizah Lowell, a clinical social worker and psychoanalyst. 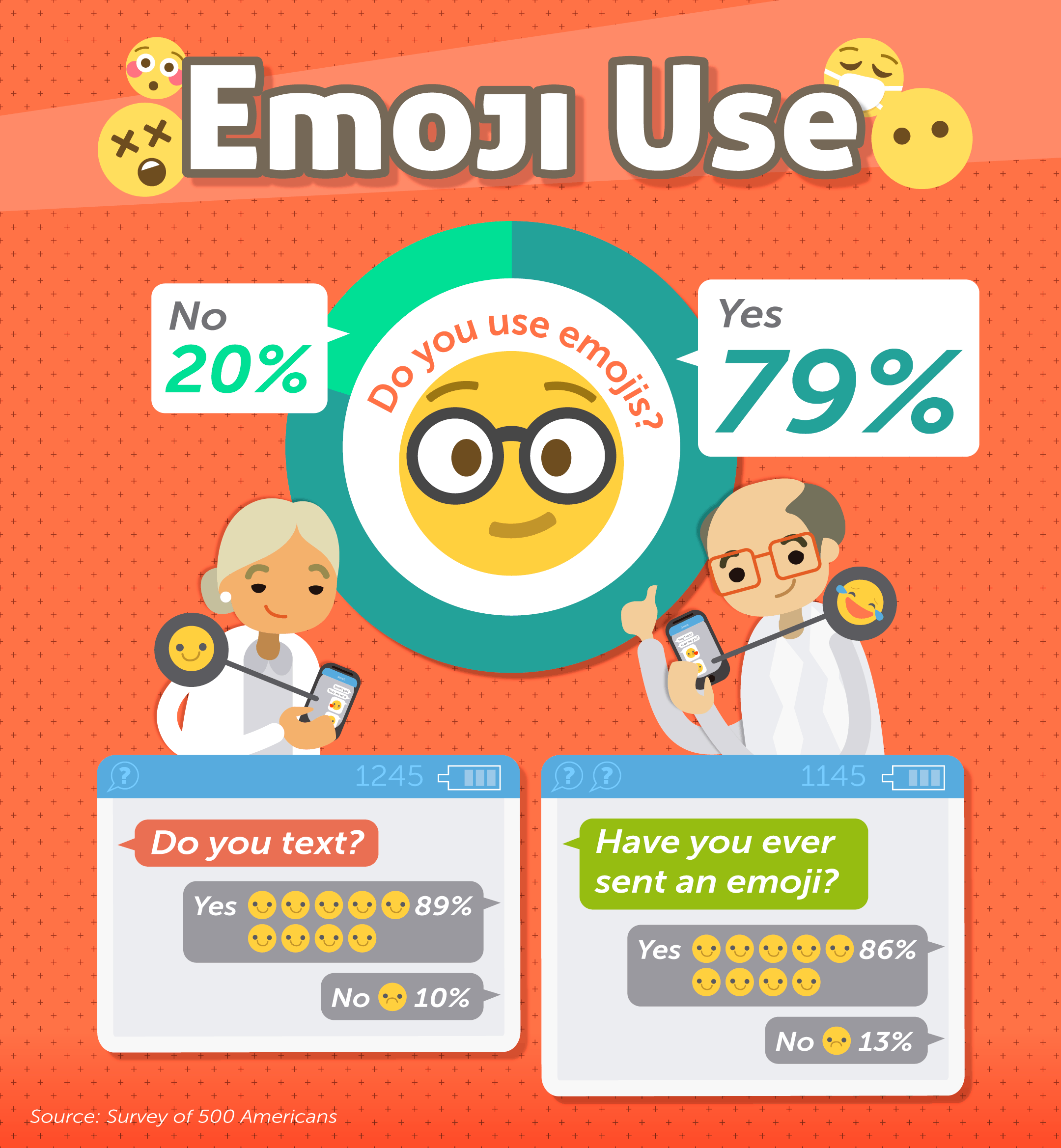 While you may not understand the meaning of every emoji, you use them. Out of the over 500 individuals surveyed, 86 percent have sent an emoji at least once. Whether this was a "Red Heart" to show someone you love them or a "Pouting Face" to show your displeasure, our respondents have some familiarity with this constantly evolving digital language.

Additionally, almost 80 percent felt emojis were an effective use of communication, and some of the largest companies in the world agree. Brands such as Coca-Cola, PepsiCo, Anheuser-Busch InBev, Starbucks, and Disney have all collaborated with Twitter to combine designs alongside various ad campaigns. So, why not grab a cup of

and enjoy sending an emoji or two to your friends? It's one of many fun activities that seniors can enjoy with people of any age. 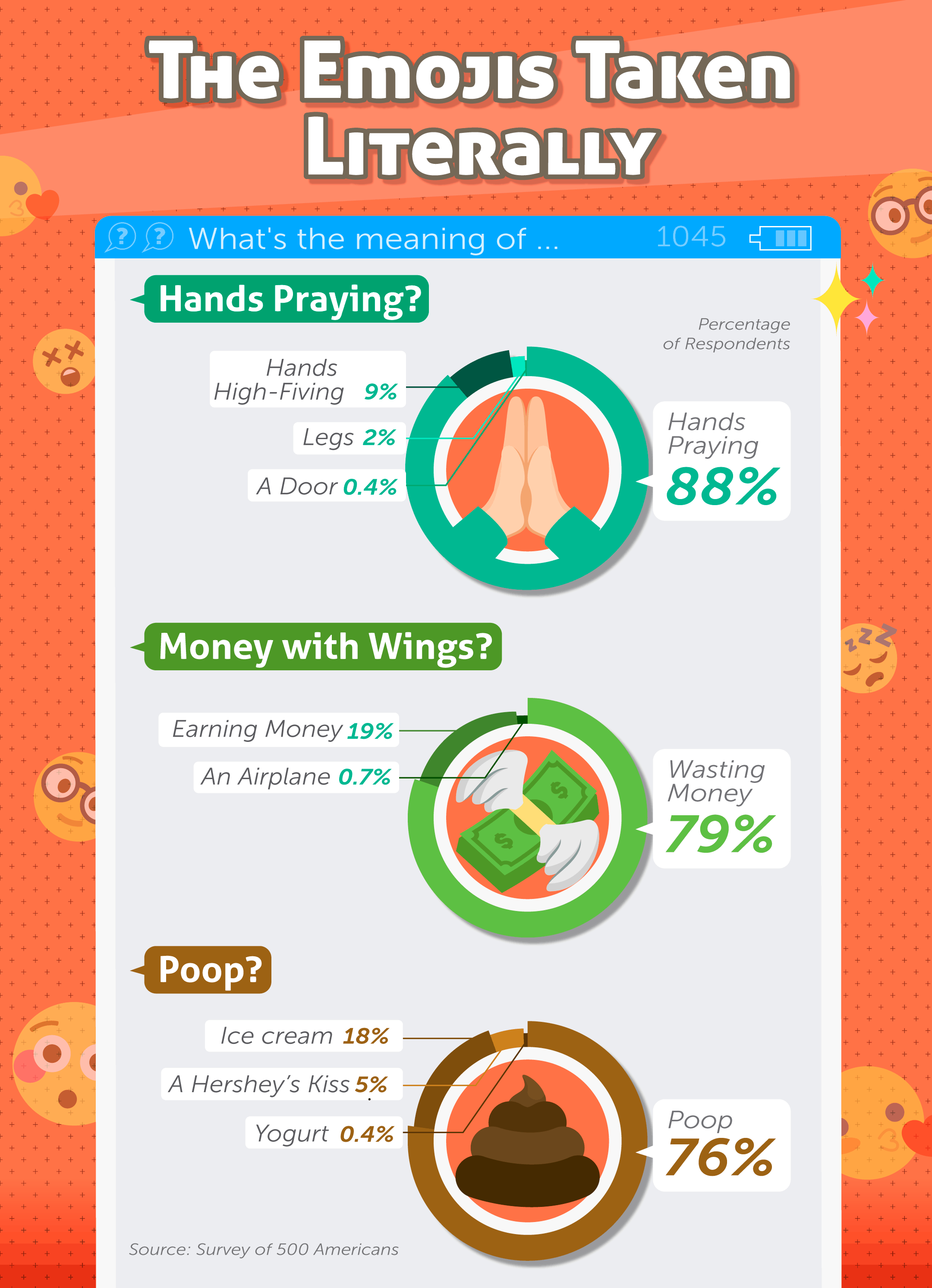 One of the most recognized emojis by our respondents was the "Hands Praying." (That should come as no surprise since spirituality is an important part of life, especially among older adults.) Almost 90 percent identified this emoji correctly, yet nearly 10 percent thought this emoji represented a high-five. Most people would be able to decode the statement "Hey, let's 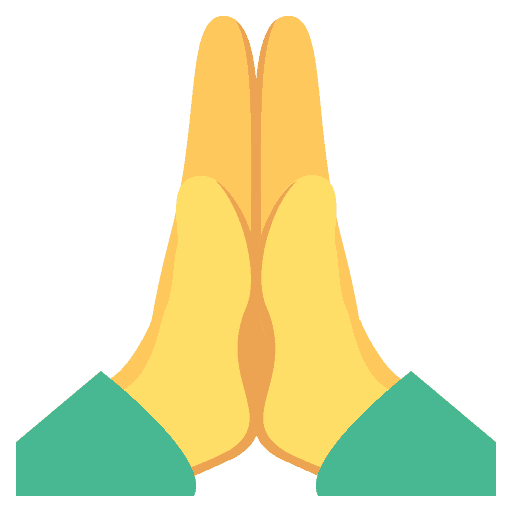 for Beth," but context would most certainly help.

Further, close to 80 percent deciphered the meaning of "Money With Wings" as wasting money. Oddly enough, though, almost 20 percent thought the opposite: earning money. Money with wings … flying into your bank account? (Either way, it shows the top-of-mind status of financial matters.)

And as shown, when misinterpretation of the "Poop" emoji goes wrong, it goes really wrong. Almost 20 percent of those surveyed thought it meant ice cream, and close to 5 percent thought it was a Hershey's Kiss. Please make sure you're double-checking these messages! These tweets or texts are not advocating picking up a sweet treat. "Let's get the dog's 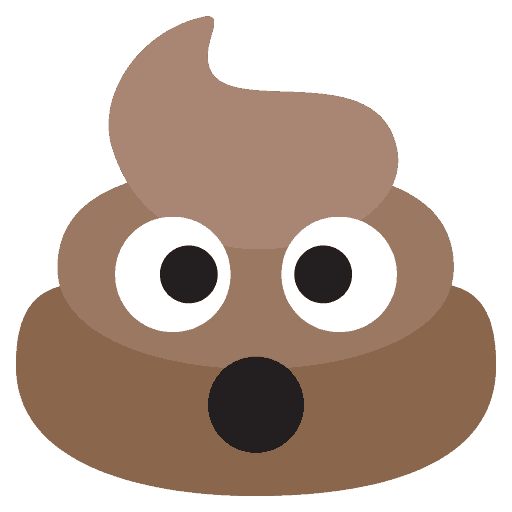 " means you should bring the doggie waste bag, not the milk bones. 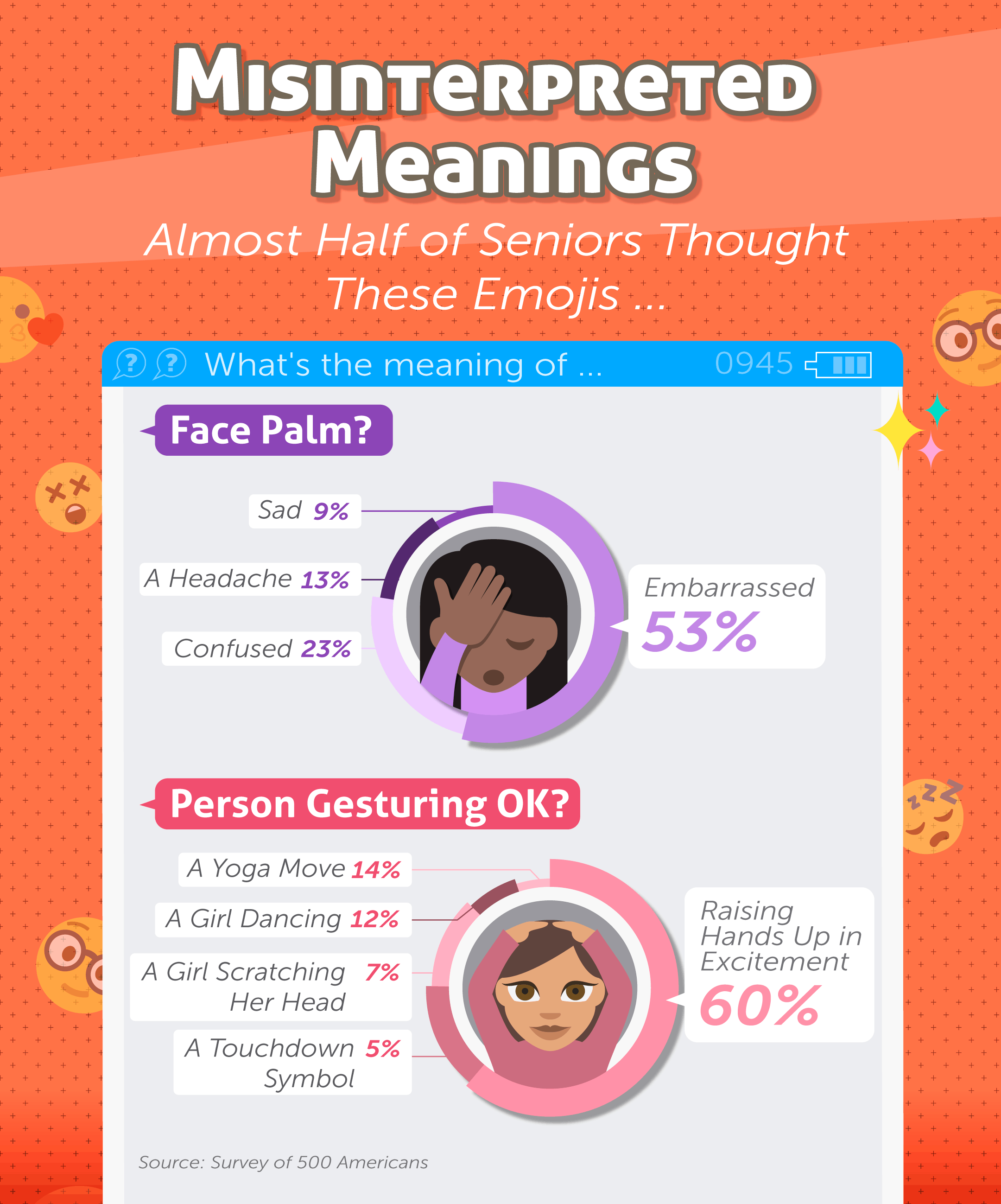 Over half of people sussed out that an 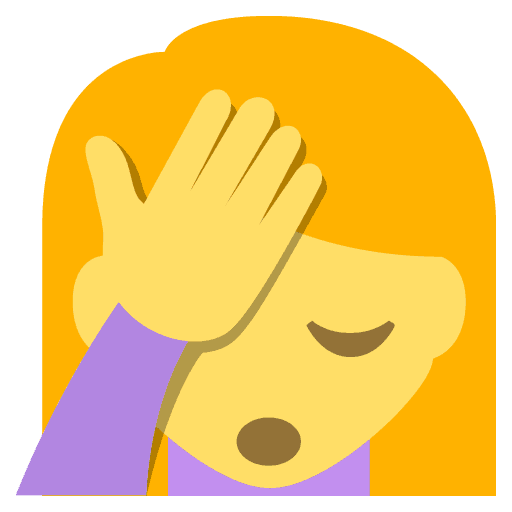 emoji conveyed a sense of embarrassment. "I can't believe David made that joke at dinner last night.

" However, almost a quarter of participants thought it meant someone was confused. Possibly the worst potential interpretation was that it meant they had a headache. "Can I get some aspirin?

" is unfortunately not the right use of this particular emoji.

With "Person Gesturing OK," 60 percent understood it conveyed excitement, which is how it is commonly used, "We got a new condo! 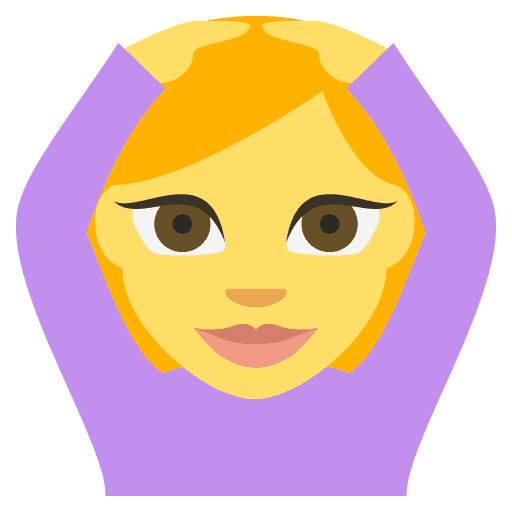 " Yet, almost 15 percent though it was a yoga move, and 12 percent saw it as a girl dancing. "I just learned a new pose!

" could be a way of decoding someone's emoji usage, but that isn't the most common definition. 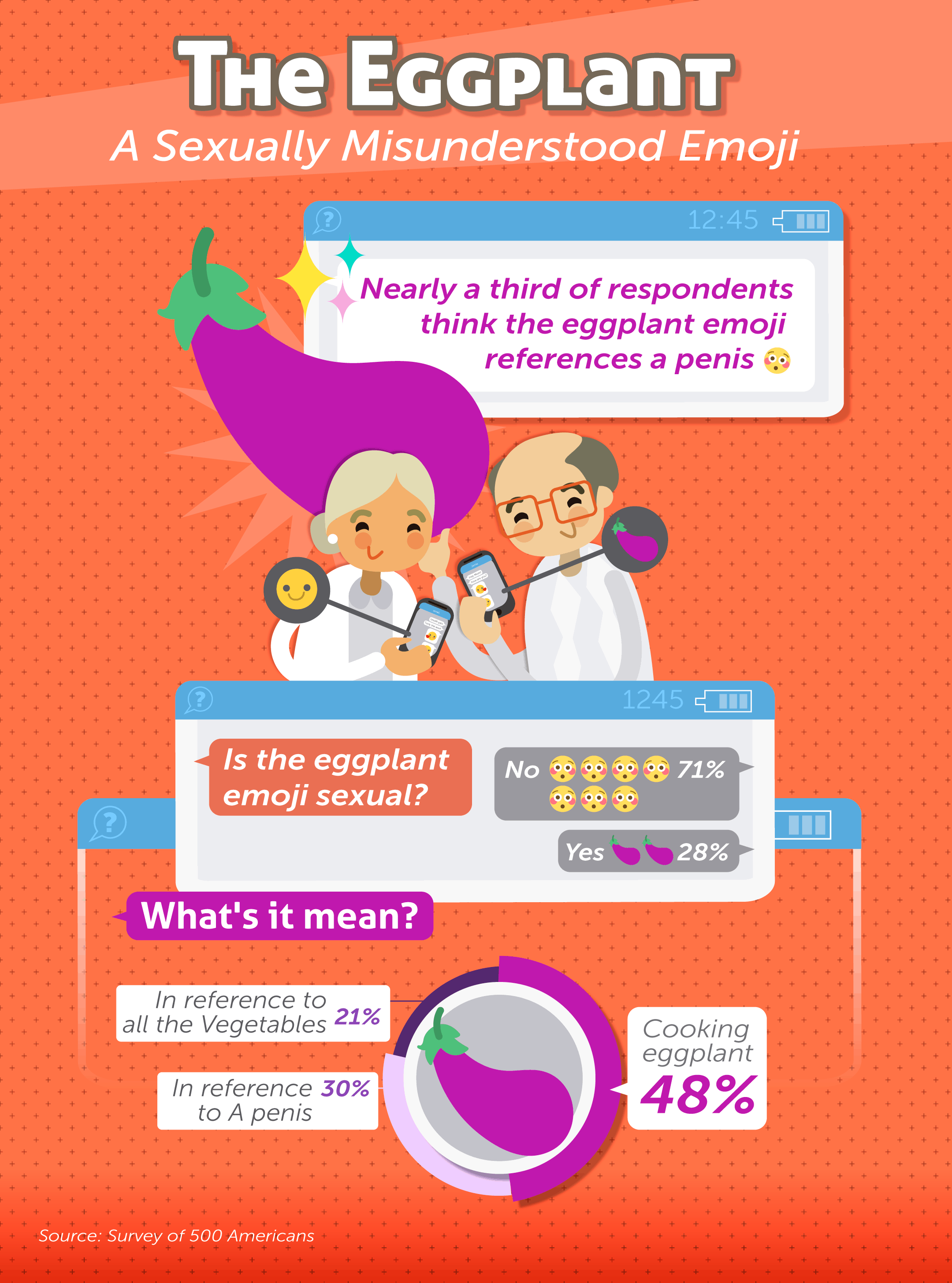 While most respondents didn't feel the "Eggplant" emoji had a sexual connotation, it's one of the "top 10 emojis to send while sexting." About 30 percent thought it had a phallic meaning. On an episode of "Divorce Court," one partner used the inclusion of the 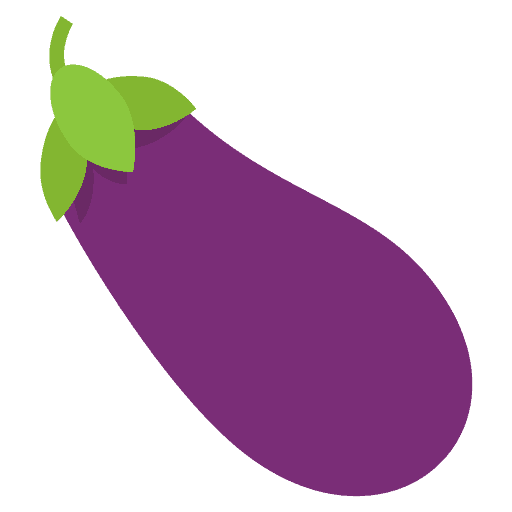 as evidence of spousal infidelity, and popular news and culture sites have indicated it's time to "move over, banana." 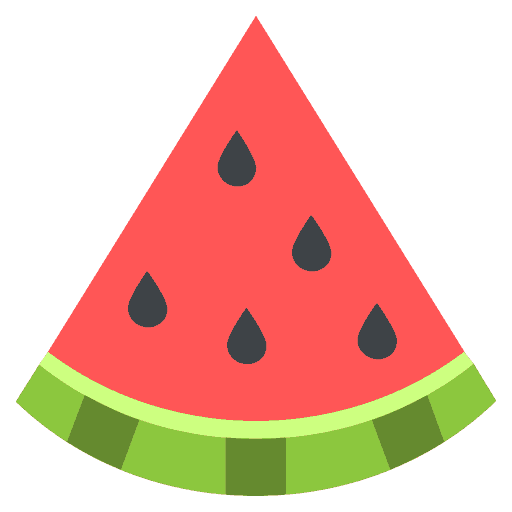 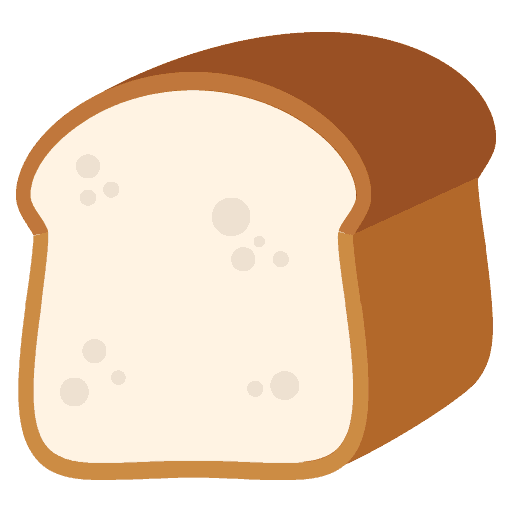 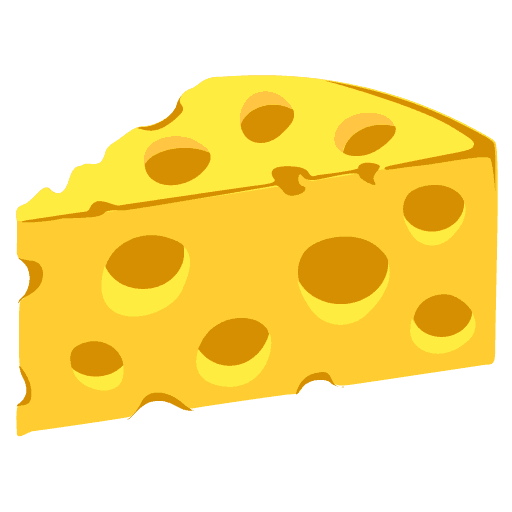 , almost half of participants truly thought the

was in reference to cooking — just be careful of the context! Your children or grandchildren may take a different meaning from your use of this emoji. (They probably won't be thinking about your nutrition.) 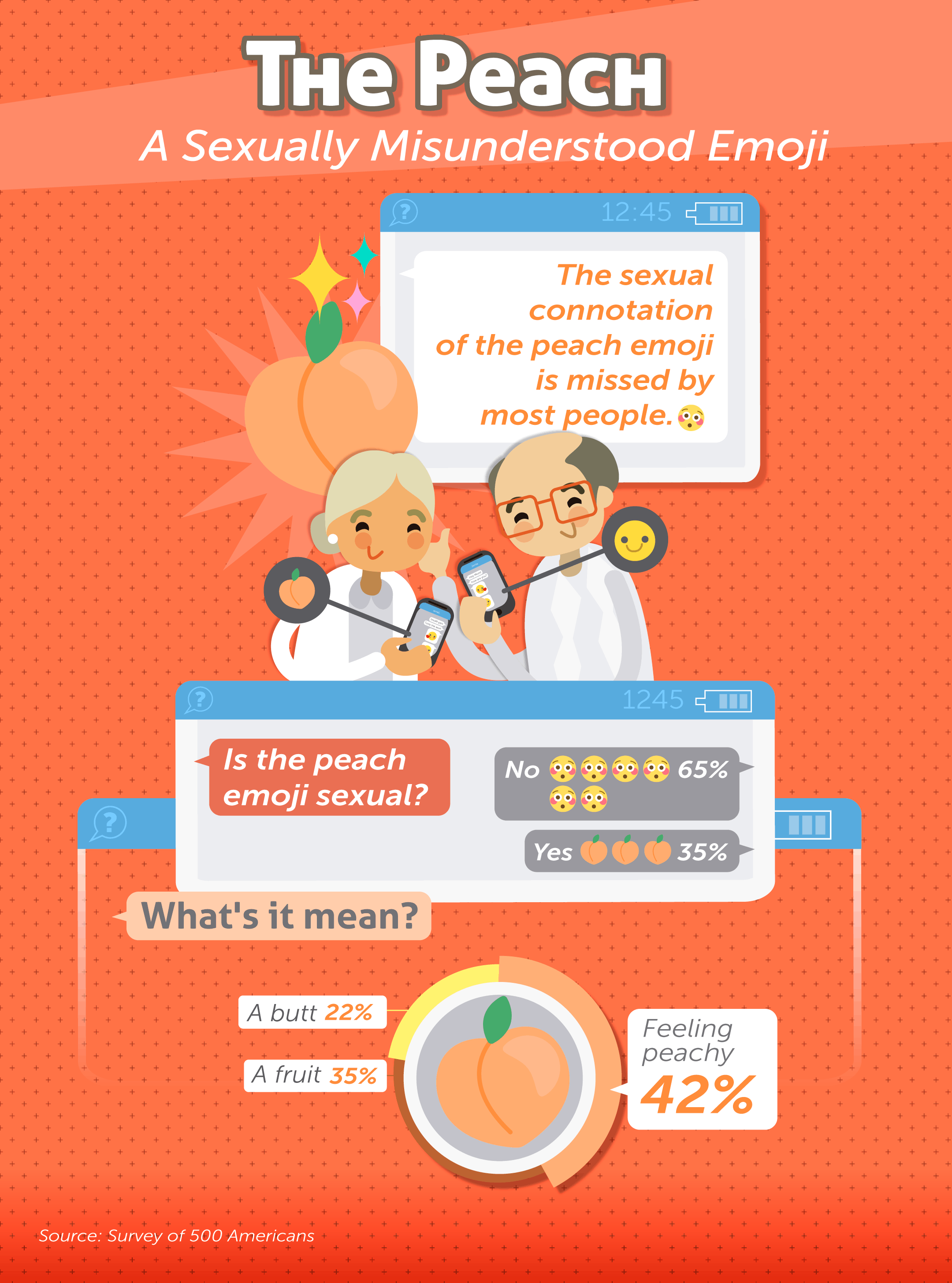 Almost 65 percent of individuals shared they thought the 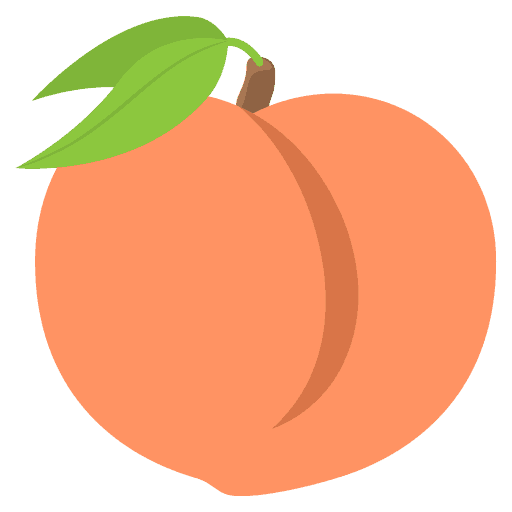 emoji was not sexual. As a whole, over 40 percent felt it signified feeling peachy. Bad news, though: This emoji has been co-opted for talking about butts. In fact, when changes were being made to the design of the emoji, fans went online to ask, "how are we going to text about booties" or share "the peach emoji was the closest i ever got to seeing nudes." Designers about-faced and kept the peachy posterior in place.

For 35 percent of respondents, it's just a fruit. No feeling peachy, no butts — just sweet summer peaches. "Cobbler? "

shouldn't have any other meaning for these individuals. 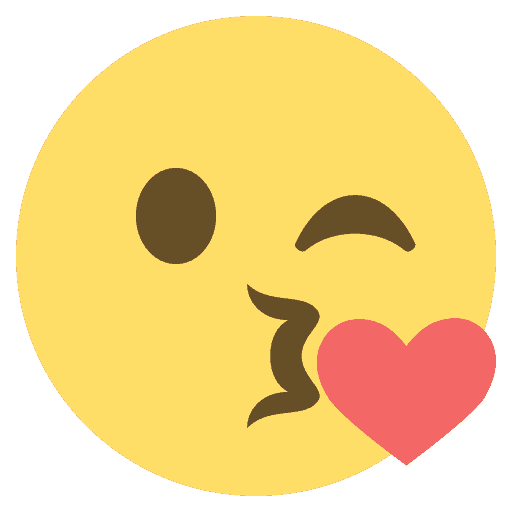 So, now you know the emojis to avoid using for fear of being misunderstood — stay away from suggestive fruits and don't mistake

for an invitation to get some ice cream. Emojis are a rapidly growing set of images that only expand, not contract, the types of conversations we have with one another. With over 85 percent of Americans over the age of 55 having used emojis at least once, you know at least some, like a 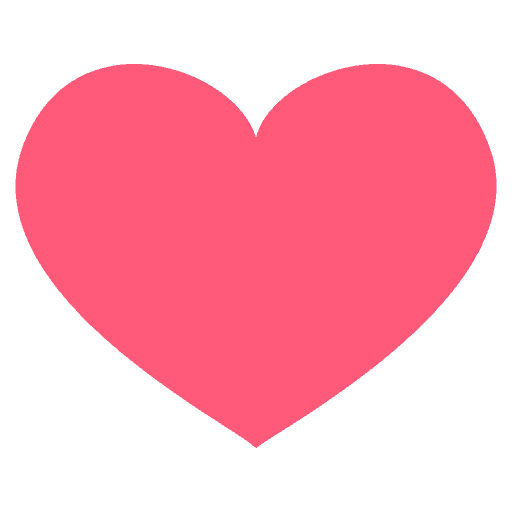 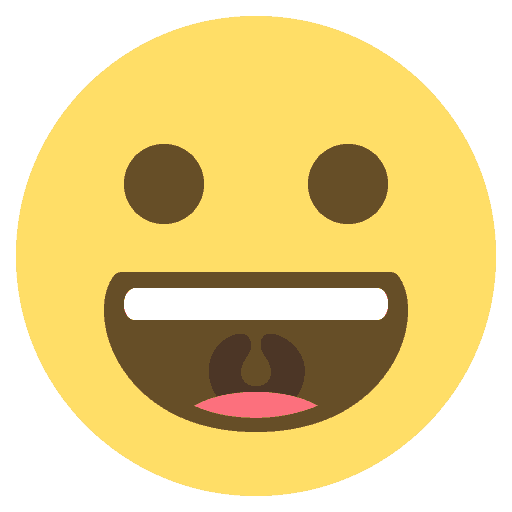 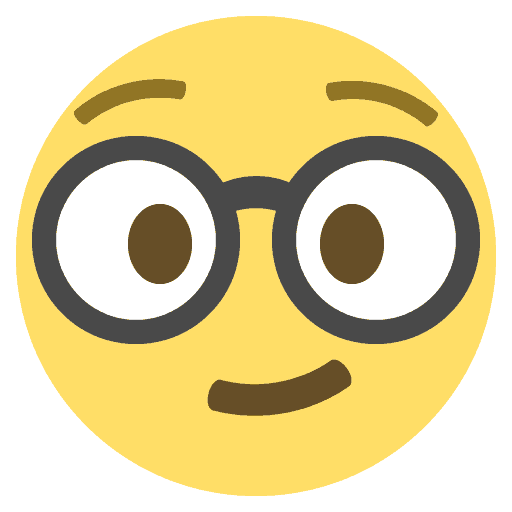 Want to use our research for noncommercial purposes? Totally cool, as long as you credit our writers and link back to this page. 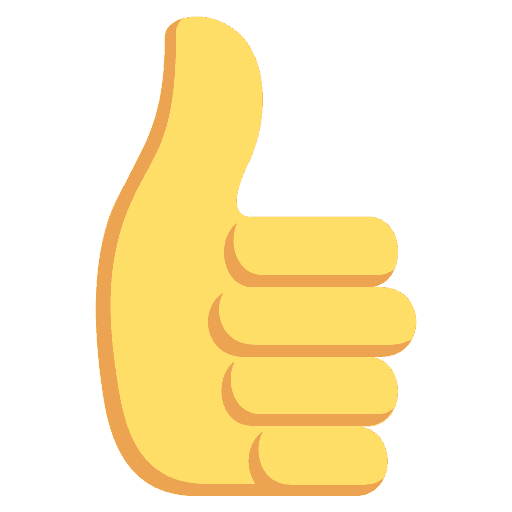